According to modern day literature, the new businessmen/women of this century is no longer just concerned about profit – but also to the people and to our planet. Gone are the days when young men’s ambition is just to amass Millions or Billions to buy mansions etc. Modern day leaders care as much about making a difference in their community as making money.

“Social enterprises are businesses whose primary purpose is the common good. They use the methods and disciplines of business and the power of the marketplace to advance their social, environmental and human justice agendas.

Three characteristics distinguish a social enterprise from other types of businesses, nonprofits and government agencies:

The most popular one in the Philippines is probably Gawad Kalinga’s Human Heart Nature company: 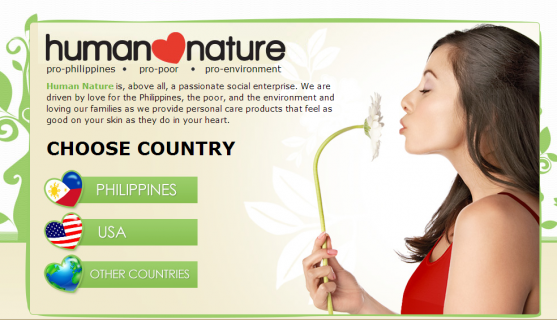 Gawad Kalinga is a movement dedicated to help alleviate poverty that involved various initiatives. Among this initiatives produced the company Human Heart Nature that produce organic cosmetics done by Filipinos in world class quality. Its company tagline said it all – it’s Pro-Philippines, Pro-Poor and Pro-Environment.

There had been a good number of rising Social Enterprises, I tried to comb out the internet to find a couple for you that is related to technology. Here’s some examples:

1. Samasource – This company provides digital services to enterprise customers by managing a workforce from the poor women and youth. They apparently now have about 3,000 workforce in 9 countries. They tap into the poor communities by providing them internet connection and teaching them skills and provide them jobs. They offer services that organizations currently cannot automate and requires a human touch like content online research. This company was interesting because like Human Nature, they offer these services to enterprises who are willing to pay for the service. The profit then goes back to being reinvested in the company to again reach even more poor people who can help do the work. 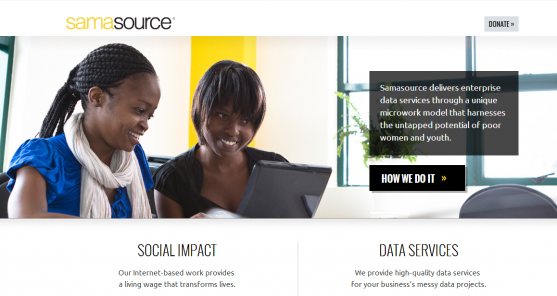 2. CodeDojo – I picked CodeDojo as the next example because Samasource didn’t target on building the technical skills (yet) and CodeDojo did. CodeDojo is a volunteer movement that opened coding clubs teaching kids age 5 to 17 how to code and build cool application. Their Philosophy says “We want every child to have an opportunity to learn how to code”. CoderDojo currently have over 200 Dojos with 6,450 attendees in 22 countries. The business is entirely non-profit and is sustained by charity through local communities.

3. PublicStuff – This company was built to help residents report the daily nuisances in their neighborhood to the government for a resolution. To me, it sounded a bit more like the ABS-CBN’s Bayan Patroller except that instead of having your complain or report flashed on the news, it goes straight to the right government office who is responsible of taking action. Citizens get to download the app for free, while governments need to install a back-office program that will route the reports to the right office in charge. Their primary customer is the government, but its primary purpose was in the service of the community.

Technology is a fast, cost-effective enabler of social enterprises. With its wide connectivity and large user base at a low price, it is faster to promote and put the cause into action. Do you have an idea for social enterprise and is looking for technology partners? We’d like to be involved. Contact us at hello@creatinginfo.com 🙂