When I was writing the 8 Iconic Technology People on Forbes 2014 Billionaire’s list, I noticed that following the footsteps of these American Technocrats came several Chinese Technocrats who earned and raised great fortunes running copycat websites of these giants in China. When I heard of them for the first time, my initial question was is that legal? Apparently, in China, it is. 🙂 I found it interesting that there is even a term for it called C2C (Copy To China). This term was specifically reserved for situations when a Chinese company copies the business model of a successful foreign company especially in web and IT companies.

END_OF_DOCUMENT_TOKEN_TO_BE_REPLACED

I wonder how many businesses in the Philippines takes the time to do market research before jumping or investing in something. Of the many businessmen/women I met, I know most of them makes their business decisions on rough estimate on their understanding and point of view of the world. It truly helps if they are well informed – like if they read the newspaper everyday. But in case not, sometimes basing your market research on your personal point of view may cause you a potential costly decision.

Here’s some of the common misconception I encounter when trying to come up with a new idea or innovation, or just my general understanding of business.

I don’t think I’ve ever had a friend who ever claimed to be an upper-class Filipino citizen. It doesn’t even matter if they own more lots/houses or cars than the number of family members they have at home; or even if they drive a different sports car in a month. Everyone will just claim that they are middle class or lower class – period. I think it’s good not to brag or be arrogant, but if you are applying the same mentality in your business decisions – you might be in trouble.

END_OF_DOCUMENT_TOKEN_TO_BE_REPLACED

I wonder if you guys have seen the series the Men who built America by History Channel. I loved that show as it highlighted the men who literally changed America – Vanderbilt, Rockefeller, Carnegie, JP Morgan and several others. It featured a short span of time (perhaps around 30 years?) that marked significant progress in America.

If that show would have made a part 2 of that show and called it the Men who built Modern Day America, these people below for sure will make it into the list. I picked out this list from the 2014 Forbes Billionaire’s list. They are selected individuals from the past 20 or so years that truly changed the IT world. 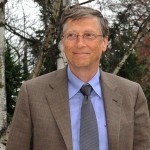 Most people in the industry today somewhat thinks that Microsoft is a sunset product already. Probably because through years of innovation, many other competitors had effectively tried to steal some market share from Microsoft slowly through time. But the fact still remains that Bill Gates is still the world’s richest man. In fact he had been at the number 1 spot for 15 out of the past 20 years, that’s some impressive numbers. He apparently started programming at age 13 with humble beginnings like most of us programming a tic-tac-toe game. Through the years, Microsoft just dominated the personal computers industry with the Windows and Office application and a whole wide range of application. Just like most iconic businessmen, he came to a point where he realized its not all about the money and instead invested his time in the Bill and Melinda Gates Foundation doing Philanthropist work. He is a apparently back helping out at Microsoft as it now face tough competition. And while I don’t personally like Windows 8, I still think its still a big bold move for a company like Microsoft. It’s not yet time to set aside the world’s richest man and the product he continues to support. END_OF_DOCUMENT_TOKEN_TO_BE_REPLACED

Hello World! I am writing this post a bit late today after coming from a really hectic week. Our CEO Brian and I were talking on what to share to you guys to make sure we do this as a weekly thing and he suggested this video. The video is courtesy of code.org and as hard core IT professionals passionate about coding ourselves, we wanted to share this to encourage all of you guys to do the same. 🙂

END_OF_DOCUMENT_TOKEN_TO_BE_REPLACED

While I was taking up my MBA, I had to do some environmental analysis for IT in the Philippines. I found some interesting facts about Philippine IT usage despite the fact that we have relatively low internet penetration (32.4%) compared to our overall population. Here’s some technology lists where the Philippines made it to the ‘Top 10’. Some had been fairly difficult to validate because it sounded like they were just commentaries. I provided you the source so you can decide if they seem factual or not.  END_OF_DOCUMENT_TOKEN_TO_BE_REPLACED

I had always been a fan of innovation, because I like change. I think change is progress. Some technology might be too cutting edge as of the moment but that in due time it gets mainstream adaption and eventually becomes the ‘norm’.

In the industry there is a term called Disruptive Innovation coined by Clayton Christensen. It is described as “a process by which a product or service takes root initially in simple applications at the bottom of a market and then relentlessly moves up market, eventually displacing established competitors“. Disruptive Innovation companies usually focus on under-served or non-customers by delivering a simpler product addressing a specific need with less features but at a cheaper cost than the mainstream product. This innovation then gains wider popularity eventually going mainstream and becomes the new incumbent product to take down.  You can read more about Disruptive Innovation from this link.
END_OF_DOCUMENT_TOKEN_TO_BE_REPLACED

We use cookies to ensure you get the best experience on our Site. By continuing to browse our site, you are agreeing to our use of cookies. Read More
Accept
here